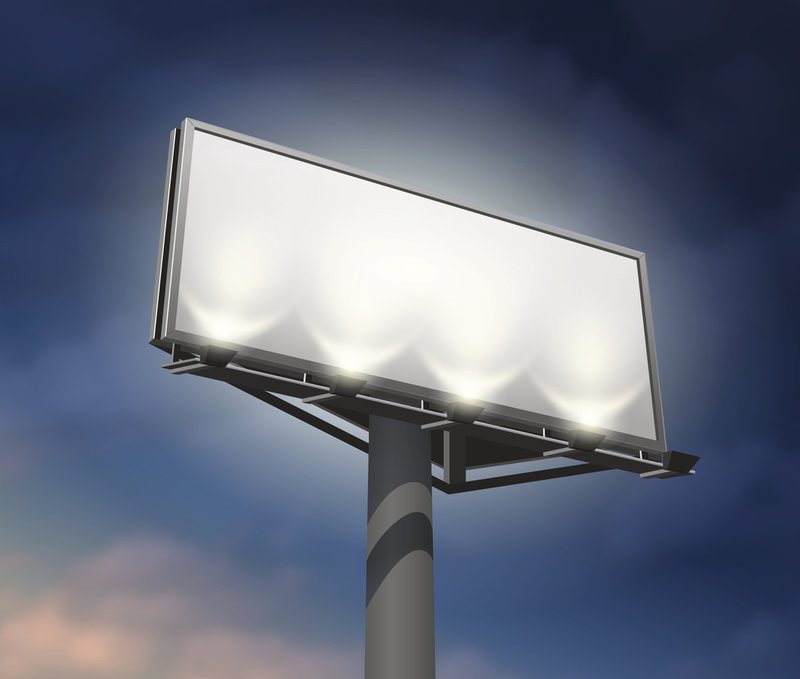 In the midst of the digital revolution, there is one advertising medium that’s stood the test of time: the billboard ad.

Its use and popularity have remained relatively unchanged since its initial launch back in the golden days of advertising. Just take a look around when you’re on your way to work – you’ll be sure to find a couple of billboard ads dotting the main highways. Chances are, you drive by hundreds of them every week!

So how do you make yours stand out from the massive crowd? Here are 6 tips that will ensure your billboard ad has the highest chance of being noticed, and more importantly, remembered:

From the beginning to final placement, a billboard ad has one main purpose: to catch the viewer’s attention, and make a quick impression. They’re installed in prime, high-traffic locations, and their sheer size and grandeur makes them hard to ignore.

So it’s best to think of the billboard as a secondary advertising medium. While it can’t single-handedly deliver on new leads and sales, it’s ideal for building a brand and supporting an existing campaign!

2. Keep it six words or less

The vast majority of people who see billboard ads are operating a vehicle, so they probably won’t have much more than a couple of seconds for their eyes to wander. That’s why effective billboards use six words or less!

Don’t take this as a law, but more as a rule of thumb. You can push a few more words in there, but make sure you consider the overall length and the ease of reading.

Everyone enjoys a good brainteaser from time to time. But when you’re blazing down the highway at a speed of 50mph, the story takes a different turn.

In short, try to keep it simple. A billboard just isn’t the place for your art directors to practice abstract design, or for your copywriters to flaunt their ability to write long copy. Drivers just don’t have the time to ‘critically analyze’ your ad!

On the same note, don’t plaster your billboard ad with phone numbers and website URLs and expect good results. Your target audience is on the road – they’re not going to have the time or the hands to jot your business’ contact info on a piece of paper.

5. Think outside the frame

While a flat billboard may be the standard, it doesn’t have to be the norm. There’s so much you can do with the physical billboard itself to convey your marketing message!

For instance, take a look at this simulated crash billboard ad. While the 3D billboard cost a tad more than the standard, it paid for itself many times over by bringing in hundreds and thousands of PR impressions!

6. The medium is the message

Billboard ads are great at what they do. They provide short but memorable ways to make your target audience aware of your brand or product.

But the billboard’s greatest strength is also its greatest weakness – it just can’t do the heavy lifting that other advertising mediums can. After all, there’s only so much you can do with a few seconds of engagement time!

So if you want to start an intimate conversation with your target audience, it’s wise to support your billboard campaign with other marketing methods, such as print advertising, direct mail, and brochures.

That’s where we come in. With over four decades of experience in print media and brand marketing, Print Three has what it takes to help you plan and execute a print, direct mail, or a brochure campaign that will take your customer engagement to a whole new level.

Find a local Print Three near you to learn more!