Find A Store Near You View all 44 locations »
Home > Do Millennials Respond Well to Print? 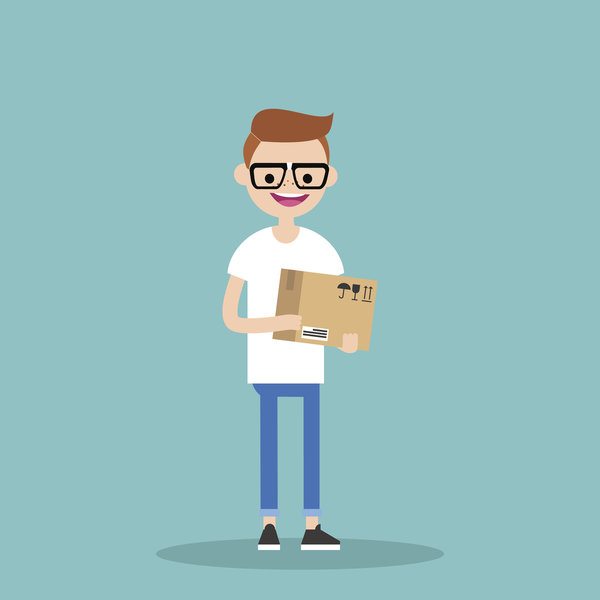 You’ll often hear that the millennials are the ‘storm-bringers’, out to change the face of just about anything and everything. As ridiculous as that may sound, when it comes to marketing and advertising in particular, that’s not exactly an exaggeration.

Born between the early 1980s to the early 2000s, millennials make up a majority of the population and boast an annual purchasing power estimated at about $200 BILLION. Needless to say, they’re a consumer force that can’t be underestimated!

They’re also considered the first generation who grew up with the Internet, which makes them unique in the way they interact with technology and the world around them. In fact, 56% of millennials report they’re the first to try new technology, and they’re always out and about in the digital world!

So marketers are desperately trying to come up with unique marketing strategies to attract these game-changers. After all, millennials LOVE change. They crave the avant-garde. They thirst for innovation. You’d think ‘traditional’ is the last word you’d use to describe them. So it’s only natural to assume that print is a dying means of advertising, no?

Wrong. There’s an unlikely chemistry brewing between the millennials and the printed page – with very good reasons, too!

Marketers assume that these digital natives don’t want to pay for content that they think should be free. They’re right, for the most part. But when it comes to print, it’s a whole different story.

According to the Media Insight Project survey, the millennials’ love of tactile experience of print was enough to tip the scales in favour of paying for the same content they’d find for free online. More than one-fifth of the respondents had opted to pay for magazine subscriptions last year, even when a digital version was available for cheaper, if not free!

That’s because out of the five senses, touch is one that is most neglected in today’s modern and digital culture. Human beings have a natural desire for physical keepsakes, which stems from a tactile experience you just can’t get from the screen of a smartphone or a tablet. Millennials are no exception to this! In fact, they seem to desire tangible print, more than any other generation. 78% of Millennial respondents said they enjoy the smell and feel of books and paper, and 58% said the same of magazines.

Despite popular belief, digital and physical go hand-in-hand. As digital screens become the default interface of our world, we increasingly seek out physical objects and experiences!

For millennials, print is shown to not only make a deeper impression, but is perceived as more genuine than digital.

In fact, TRU’s 2011 survey demonstrates that the most powerful attachment to paper is emotional. 87% of 600 respondents aged 16 to 26 claimed that they would rather receive birthday cards than e-mails. Furthermore, 55% wanted handwritten letters than e-mails, and 57% preferred paper invitations to eVites! As the results of the survey by J. Walter Thompson suggests, millennials are drawn to digital when storage or speed are relevant, but still find the interpersonal experience of receiving physical goods rewarding.

According to a study, digital experiences don’t satisfy emotional needs – Paul Woolmington of Naked Communications Americas claims that “we’re hard-wired for physical and emotional connection and meaning, so the more we are removed from them, the more we wish for them”. And it just so happens that millennials are also the most nostalgic of any generation. Seeing how they grew up in the digital world, there’s really no surprise, is there?

Let’s face it. Anyone can post just about anything on the Internet. Whether it’s misleading memes or scam websites looking to ruin your life and your bank balance, the online world is full of peril, looking to trip you up at any moment.

Millennials trust advertising in printed media more than any other! A survey by Print Power showed that when the consumers were asked how much trust they attach to advertising in the various media, they gave magazines and newspapers a score of 63%, TV 41%, and Internet 25%. And get this – the so-called ‘traditional’ media, such as direct mail and catalogues, drastically outscored social media and the Internet!

Once again, this is because the millennials have grown up in the digital space – they’re more familiar with concerns about digital authority and safety more than any other age group. There’s a reason why the use of ad-block has grown by 41% in 2015 alone! It’s safe to say that millennials even see print as a respite from the online world.

Print is Far from Dead

While millennials may crave instant access and digitization, it’s a whole different story when it comes to print advertising. So don’t consider print marketing to be out of the picture quite yet. A well-planned print campaign could reach these nostalgia-driven millennials in ways a digital campaign can’t!

With over four decades of experience in print media, Print Three has what it takes to help you plan and execute a print marketing campaign that’s sure to catch the eyes of your target consumers. Find a local Print Three near you to learn more!