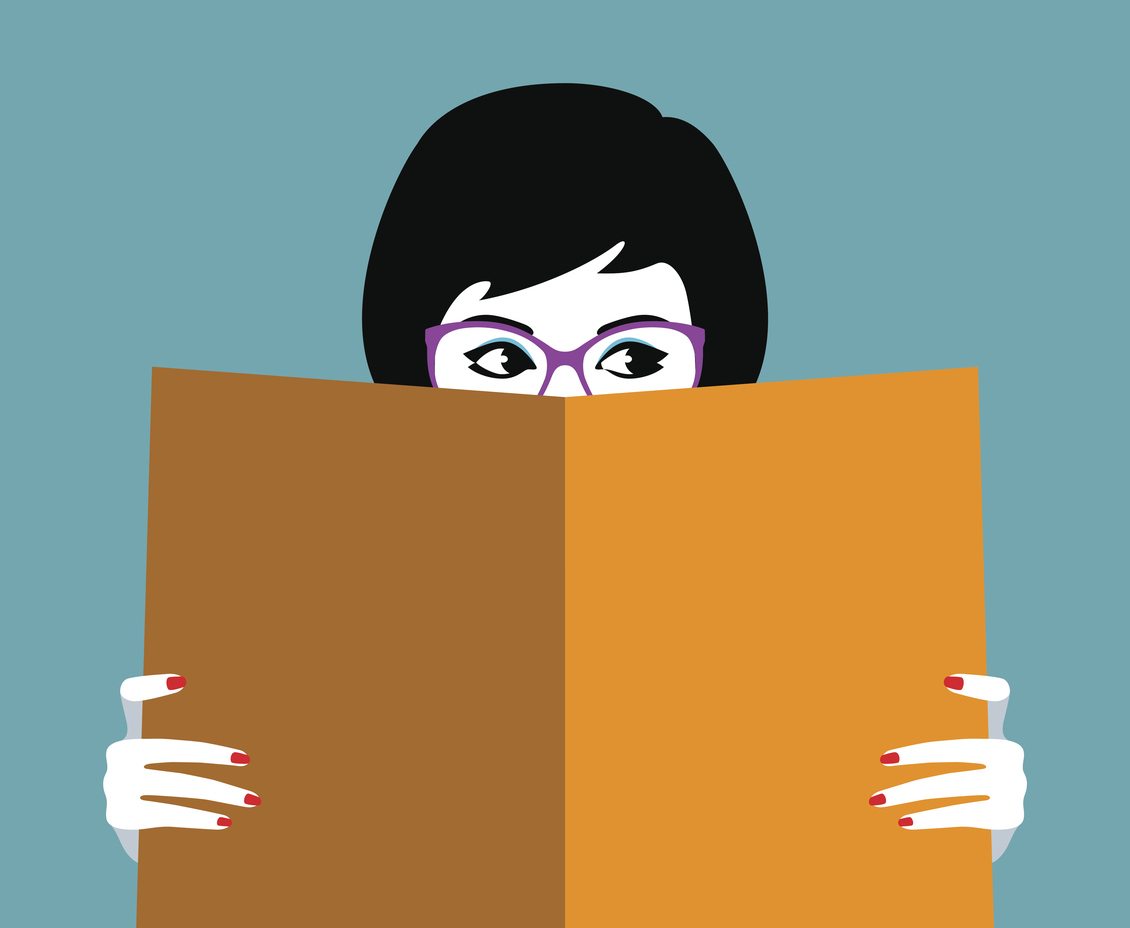 On November 27th, the world’s most expensive vintage movie poster – the original Dracula one-sheet from 1931 – was auctioned off for $525,800 USD.

The combination of unprecedented artwork and timeless popularity of the film was overwhelming for one deep-pocketed buyer – clearly, nostalgia is a hell of a drug.

It’s clear that people still have a place for print. Despite digital media’s dominance, a well-crafted, artistic print ad is still relevant and meaningful, as evidenced by the strength of vintage posters. Powerful imagery and clever messaging come together to create a concept that sticks in people’s minds better than colder, impersonal digital mediums.

These ads from 2017 are excellent examples of the power of print, and its effectiveness in conveying memorable messages.

Only a well-established, recognizable brand could take such a whopper of a risk like Burger King did with their Flame-Grilled campaign. 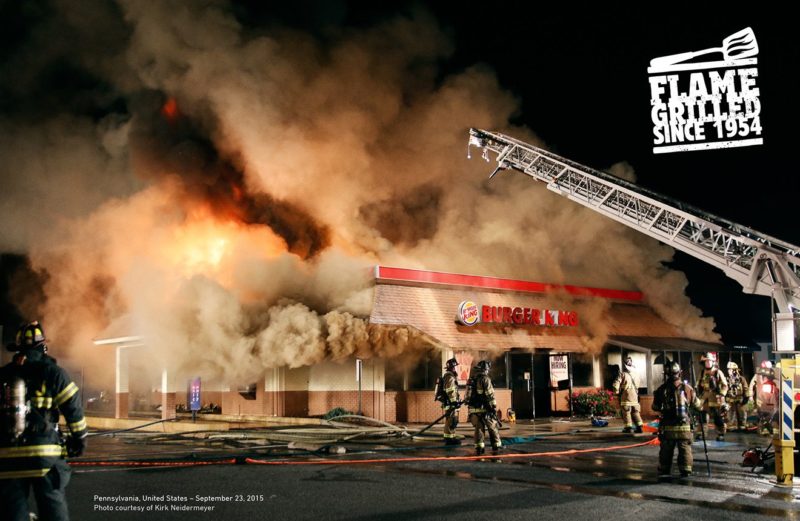 BK prides itself on flame-grilling their burgers instead of the traditional frying method – despite the restaurant chain holding the record for the most burned down establishments since 1954.

Using real images of a BK franchise burning to the ground, the powerful imagery emphasizes their commitment to flame-grilled burgers, regardless of the unpredictability and danger of fires.

Rolling Stone – We Are Made to Rock 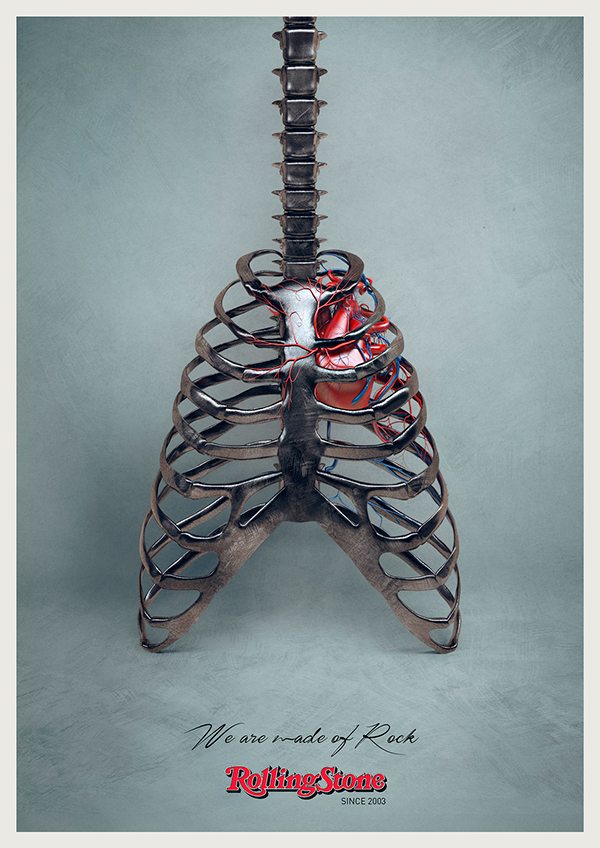 It encapsulates everything about Rolling Stone’s brand – their attitude, the product, and its ethos – in a simple, stunning graphic. Even the tag line, We are made of rock, is genius, tying the visual of the human body with hard rock, personified through a Flying V guitar skeleton. The signature-like font just adds to the rock-star aesthetic.

This mildly-graphic print advertisement about painful bowel movements is anything but regular. 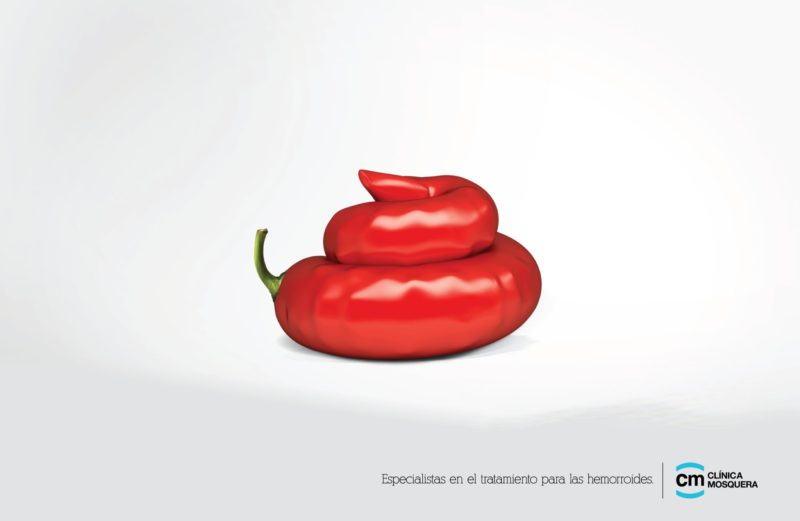 The humorous art of a pepper-turned-poop does well in making light of a sore subject. We love the simplicity, and the stand-out rendering and shading that makes the poop pop off the page.

This is certainly a print ad campaign we can get behind.

If a picture says a thousand words, WWF’s Polar Bear print campaign is an encyclopedia on extinction. 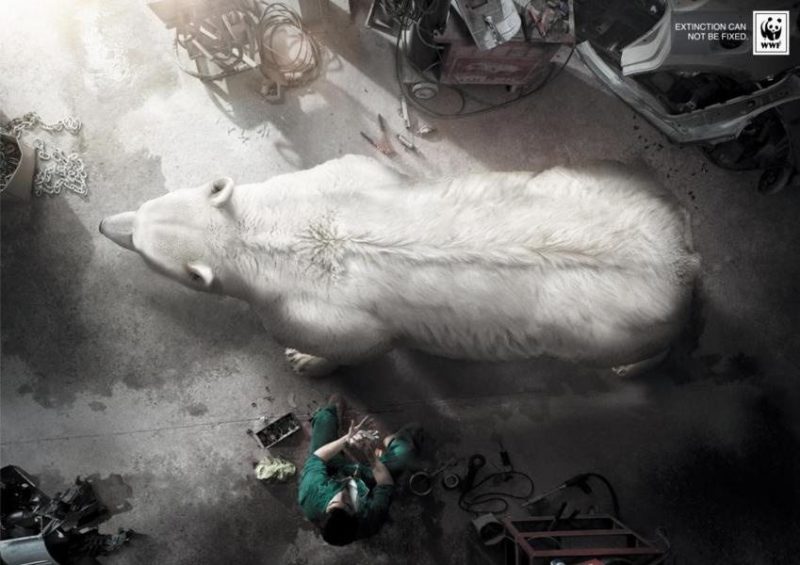 The visceral image of a bear being painted white in a garage illuminates the reality of endangered polar bears, and that there are no man-made tools that can repair extinction. 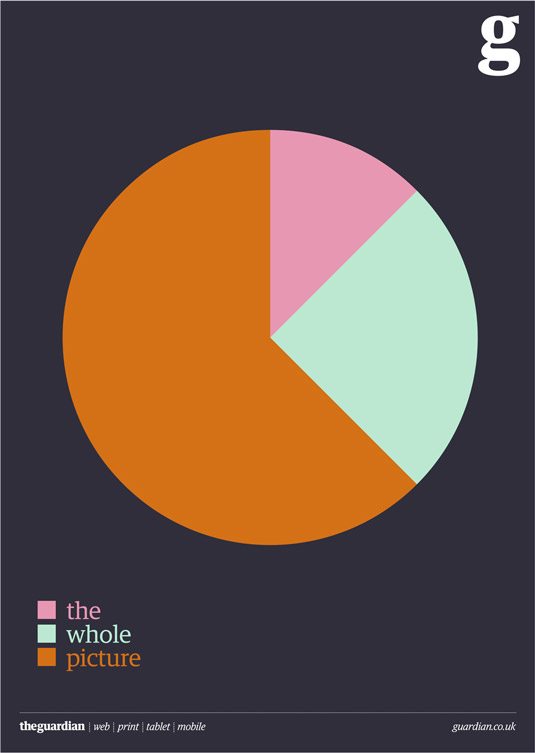 Complexity doesn’t necessarily lead to creativity. With nothing more than a simple pie chart, The Guardian’s logo, and a three-word legend, the print ad campaign tells a lot without saying much. 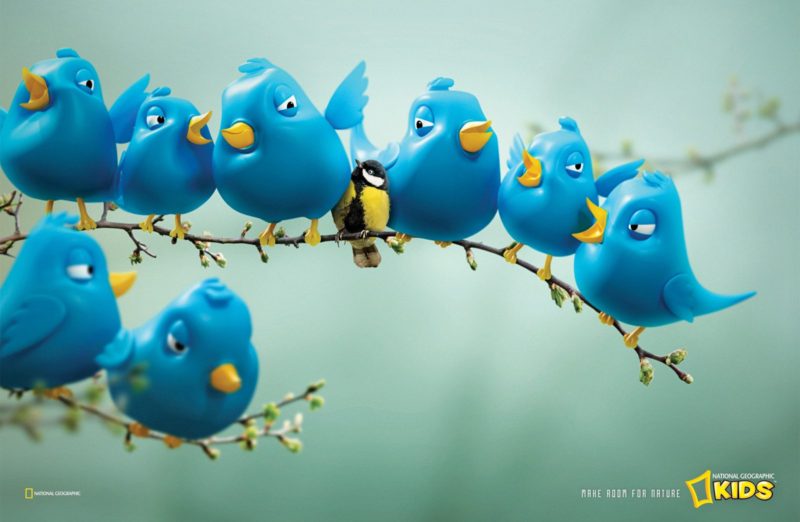 The respected nature experts addressed this social problem directly, combining their nature with today’s technology. Cape Town’s advertising agency FoxP2 reimagined the infamous Twitter bluebird into a flock of 3D images, positioning them next to a real-life chickadee.

National Geographic’s nature stands out against the band of digitized Twitter birds, all while hinting at the concerns of digital media deterring kids from learning about the world around them. 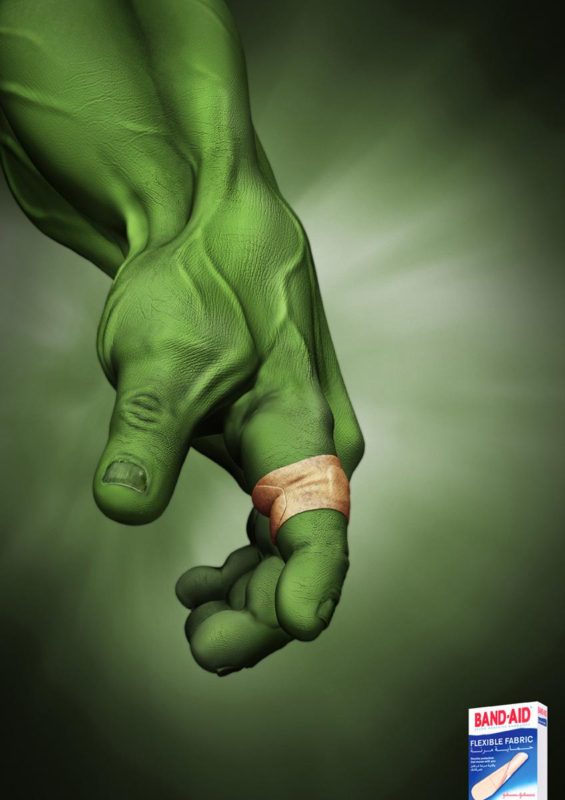 Grabbing onto the cape of the Avengers growing popularity, this print advertisement’s strength comes from utilizing the soft-spoken, hard-hitting superhero’s fame to great effect.

The messaging on this print ad says about as much as the Hulk would – absolutely nothing. The real message comes from the perfectly executed image of the Hulk’s hand supported by a Band-Aid. It robustly conveys Band-Aid’s strength through a product fit for the world’s strongest superhero. A Hulk smash!

You probably won’t sell your print advertisement for $525,800 USD like the Dracula poster, but you can still find tremendous value with a great print ad campaign.

Unlike digital medias, print can convey powerful messages through visceral imagery and compelling copy. Print Three’s team of marketing experts and designers can create clever print ad campaigns for your business, so you’ll be remembered like these ads that stole 2017.

Find a Print Three location near you and get started!